Editing in progress- Not the final Draft

Its 2009, and the longest ever Wimbledon final (till then) had just concluded. Roger Federer beating Andy Roddick in the marathon 5th Setter (16-14). And Federer scripts history by clinching his 15th Grand slam surpassing the record of Pete Sampras, who is also among the crowd to witness the landmark moment. And fast forward today, the times have changed so have the rules. Another epic 5th set, it’s 12 games apiece for Djokovic and Federer. By this time it has become the longest Wimbledon final ever. And as per the new rules they go in for a tie breaker now. And Djokovic has the final laugh. You have to feel sorry for Federer as he lost two championship points in the 5th set. Though he couldn’t increase his Slam tally today, Federer the legend proved that age is just a number at 37. 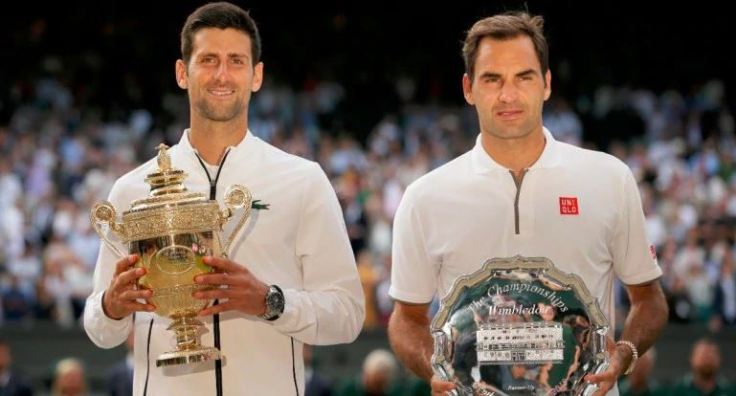 And few miles away at Lords, the Cricket World Cup match was in an exciting phase. England needs 15 runs from the last over. And earlier in the day, New Zealand after opting to bat first put in 241-8 a decent total considering the nature of the surface and a the pressure of a WC final. And in response after a steady start and a mid collapse England was within reach of the total until Butler got out when 45 was needed of 30 odd balls. And now in the final over Stokes needed 15 to help England lift the trophy. And in the 4th ball, Stokes hurrying to run a double, the throw from the fielder hits Stokes bat and races to the fence for a 4. And the Equation which could have been 7 off 2, becomes 3 off 2. Making it easier for England. And in the following balls England could manage only two singles. And after the stipulated 100 overs, the scores are leveled, its a tie. A first for a Cricket world cup. And the game moves to Super over (another first). England make 15. And in response Neesham hits a six of the second ball and Kiwis needs 3 from 2. And then 2 from 1. Now the commentator says if this also ends in a tie, the Winner will be England as they hit the maximum no of boundaries. (WTH). What a freaking rule to have I thought. And in the last ball, Guptil is run out by a meter as he failed to complete the second run. And as I feared, England wins the final by the tiniest of the tiniest margins.

Both closely fought matches, which happened 10 miles apart and barely 30 mins apart gave heart break for many and was heartwarming for others. One, Federer the long reigning champion of the grass court lost few key moments in the final and couldn’t complete a fairy tale ending. And in the other, the dubious rule of deciding the winner based on number of boundaries hit, was a real damper. All I could wish, is that they could have just shared the trophy. It would have been a fitting end to the exciting and dramatic world cup final ever. And as a true sports lover both the games was high on the competitive spirit, it was an epitome of blissfulness. A moment to cherish for years.

The two teams were tied on 241 runs at the end of the match, resulting in a Super Over being played to break the tie. On the final ball of New Zealand’s Super Over, after equaling the 15 runs England managed in their over, Martin Guptill attempted to score the winning run but was run out by wicket-keeper Jos Buttler, meaning the Super Over was also tied. England won as a result of scoring nine more boundaries throughout the match, thus becoming Cricket World Cup winners for the first time.